I thought it was a crazy move, when David asked me to sign us up for a fall half marathon (it’s for motivation, he said!). I didn’t know how my body was going to recover from giving birth, or how my schedule with both work and nursing were going to pan out.

But here we are, over half way through the training plan, and it’s actually been going really well! I haven’t been running very many midweek runs, but I’ve stuck to doing my long runs; to me, that’s the most important part of the training: getting in the long runs. Monday was 7 miles, and I had the stroller with me the whole time. And dare I say, it was a lot of fun! The weather was great, and I did a combination of running and walking. I know that this won’t be my fastest half, but I’m very much looking forward to running this with David next month.

So, which one are we doing?

It’s a point to point half that starts in Lanesborough, follows the Ashuwillticook Trail, and ends in Adams in western Massachusetts. I’m hoping that the weather is nice, since it’ll be during peak foliage season!

This will be 5th half marathon since I started running races in 2007. I wish I had the links back to my old blog for the recaps, but here are pictures from those races. 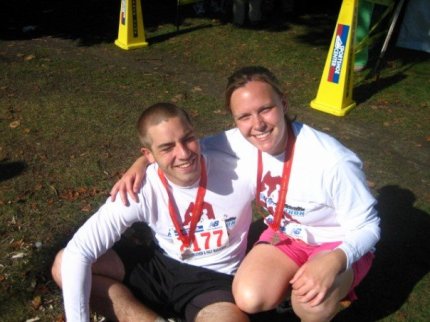 {I guess I didn’t take a picture at this race! We were originally signed up for the full marathon but wedding planning got in the way so we bumped down to the half. As you can see, we very much enjoy this race! 🙂 } 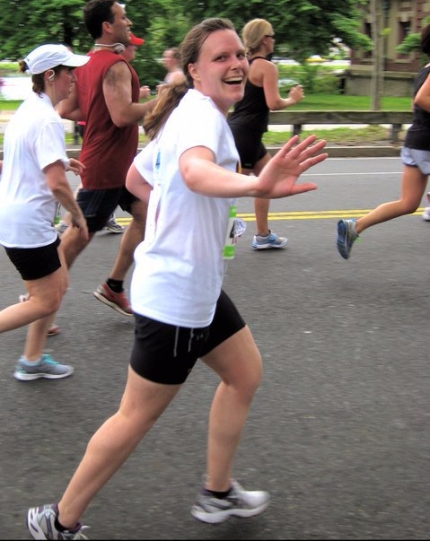 And I just realized that this next half will be almost 10 years to the day since my first one in 2007 (that took place on October 7th)! And since then I’ve ran 81 races! It’s been a combination of 5Ks, 10Ks, 5-milers, half marathons, and even a full marathon. It might not seem like such a big number, but for someone who absolutely detested running, I’m really proud of that. And I find myself not just running because I think it’s the best way to get in shape (I know it isn’t), but because it’s a fun way to get outside, get some fresh air, and just enjoy the company of other runners. You really can’t compare the atmosphere of running a race.

What do you love about running? Do you enjoy the atmosphere of races or prefer running alone?