With just over two months to go until our section hike of the southern Vermont portion of the Appalachian Trail/Long Trail, David wanted us to get in a little bit more of a strenuous hike. What I wasn’t prepared for was 12 miles of up and down and over 8 hours hiking. Needless to say, my legs feel like they’ve been through a marathon, but I am extremely proud of what I accomplished.

It was just about a 3 hour drive from our house to the base of the trailhead. We opted to take the new Appalachian Trail route as opposed to the old route (it was rerouted after a recent hurricane. Irene I think?).

The terrain was moderately difficult, especially since the trail tended to wind around and have a few switchbacks, rather than straight up. It really takes a toll on your calves and knees when you’re going up and down and around. 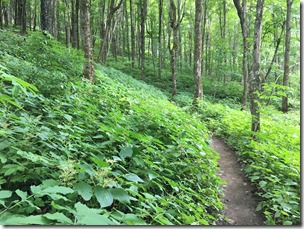 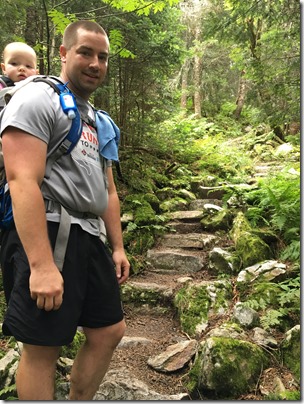 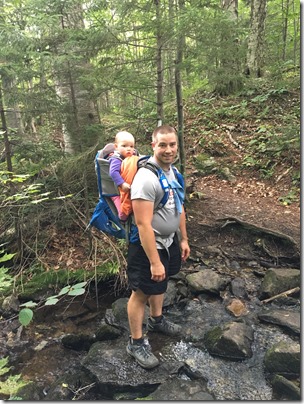 Along the hike, I realized that I never confirmed with David how many miles we were doing. Apparently it was 6 miles…one way! No wonder it felt like it was taking forever. At one point, we thought we were almost there but we passed a through-hiker who said it was about a half an hour longer and then a steep climb to the summit. 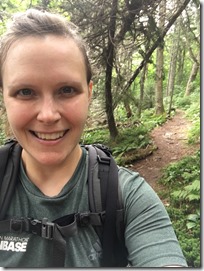 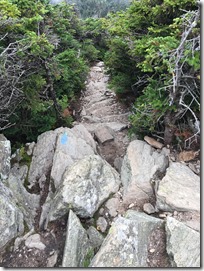 And when they say steep, they’re talking two handed scrambling up rocks for 0.2 miles. I’m so proud of myself for getting up though and not freaking out about it. Back when I first met David I was a pretty big chicken when it came to hiking up rocks and anything steep. I’m glad that I’m no longer afraid to get out of my comfort zone.

Unfortunately there were too many clouds to really get a good view at the summit. It was breathtaking nonetheless. 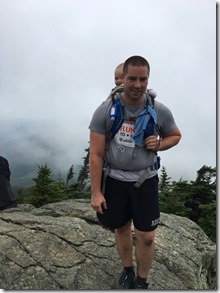 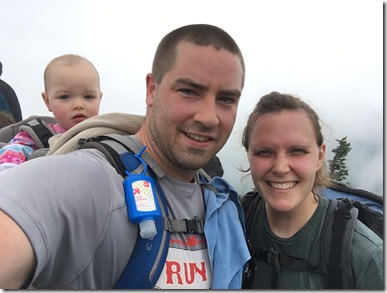 The trek down was no easier than going up. It felt like the trail was going up more than it was going down. We did meet some through-hikers along the way, though, and they gave us some encouraging words on hiking the AT. We met one couple who had gotten to that point in 2 months! Now THAT’S impressive. We found a lookout that was able to get us some awesome views of the green mountains. 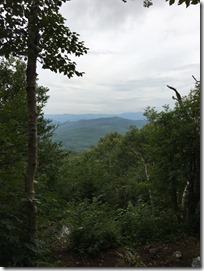 At one point, David and I broke away; he’s a much faster hiker than I am and he wanted to get to the car to feed and change Eleanor and let her run around. We were separated for about 30 minutes and I finally made it back by 7PM. I will say that the last 1 mile or so were a mind game because you could hear the main road but you definitely couldn’t see it. They don’t call it the green mountains for nothing.

Before we headed back home, we stopped at Ramuntos in Rutland for some dinner. I had a chicken parmesan sandwich and David ordered a meat lovers pizza. Everything was delicious and the perfect ending to our long day.

The weather going home was awful with the torrential rain. Luckily we made it home safe around 11PM. Eleanor went right to bed and we showered and passed out ourselves. Sunday was definitely a day to stay at home and tidy up before the work week began.

Have you ever hiked a 4,000 footer? What’s your favorite weekend activity?

One thought on “Hiking Killington Mountain” 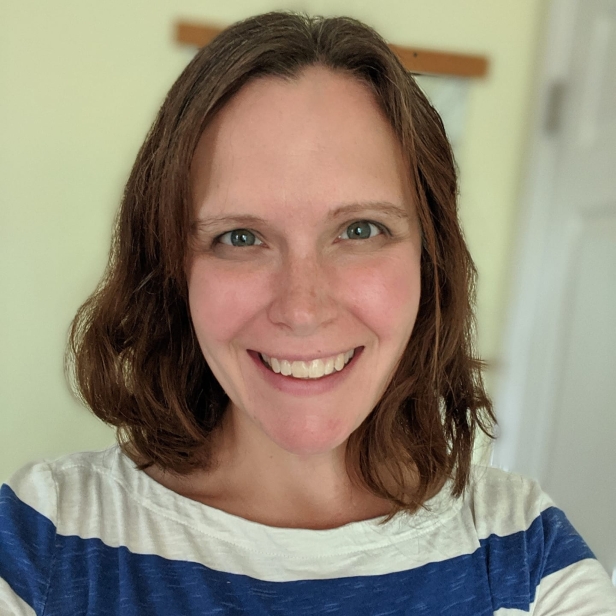